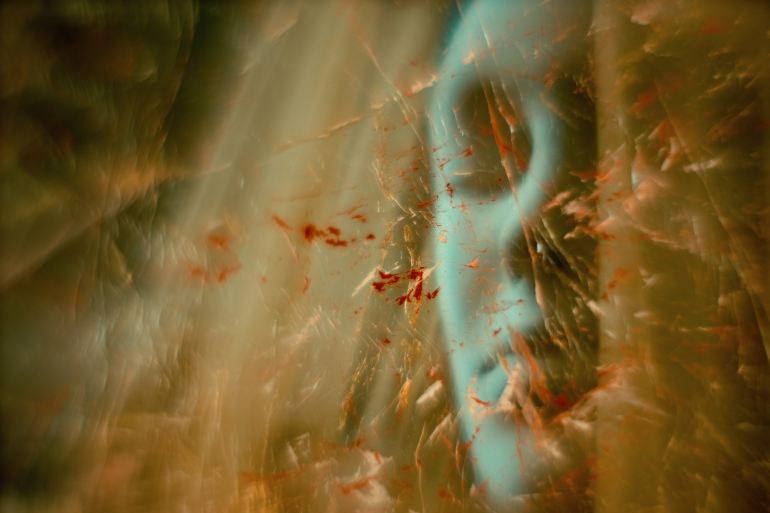 THE GREAT DEBATES between science and spirituality over the origins of consciousness have been raging for centuries and they show no signs of being resolved anytime soon. How is it, though, that we human beings became sentient creatures capable of both conscious awareness of the immediate environment in which we find ourselves, as well as self-aware beings with a deep and abiding knowledge of our own mortal existence?

Scientific materialists, of course, postulate that consciousness is an epiphenomenon of the brain. It arises purely as a result of the biological synergy of brain chemistry and neurology.

The most widespread spiritual viewpoint, in contrast, postulates that “God”, an infinite being inherently omniscient and self-aware, imparts a small measure of “His” macrocosmic consciousness into all the living things. Among these living creatures, we are told, is a very special creature: the human being; an entity who, unlike all other living creatures upon this planet, is self-aware just like “God Himself”.

This latter exposition re the spiritual viewpoint is far and away the most prominent in the world today, but it is not the only theory put forward in the world. Buddhists insist that they do not know if there is a “God” or not, but they do know that conscious awareness is something non-material in nature. It is a phenomenon that is self-existent in a mysteriously infinite and eternal way, and they further state that we humans derive our self-aware consciousness from this original source, one to which we are all directly linked.

Most scientific materialists, of course, dismiss this assertion out of hand, but are quite unwilling to put in the time to prove the assertion one way or another for themselves. This is akin to a physicist saying that there are very decisive ways to ascertain the truth of the existence of atoms, which are invisible to the naked eye, if one is willing to put in the time to attend a university, obtain an undergraduate degree in science, then pursue a masters degree and a doctorate in physics. If one does so, at some point along the way, they promise, one will be able to calculate all of the most significant equations this proof requires and will then be able to sufficiently analyze the data such that, in the end, one will be convinced of the reality of atoms!

The point here is that to prove the contention of either of these two disciplines takes time; time to sort through and analyze the data; time to study all aspects and parameters of the phenomenon in question; time to arrive at a meaningful answer based on knowledge and many a deeply considered insight.

The fairest question of all, however, is the one that rightly asks how anyone can offer a definitive answer to anything that one has not personally studied in great detail.

Both sides, of course, have valid arguments in their favor, which is precisely why I have personally spent a lifetime in my own way pursuing the viewpoints of both disciplines. I have done so in the spirit of scientific enquiry, where one bases one’s opinion on a deep review of all the data, while keeping an open mind re the possibility that new data might arrive at any given moment. After all, what is true one day may be found to be false the next or vice-versa, so one must always keep open to the possibility or arrival of fresh data.

This, of course, means that the debates between science and spirituality will most assuredly continue!

Neuroscientists, as proof of their assertion that consciousness arises owing to neurology and brain chemistry, point to the fact that pharmaceuticals obviously affect the quality of consciousness, otherwise products such as anti-depressants or even aspirin or ibuprofen simply could not work. Throbbing headaches and dangerous forms of mentality, such as schizophrenia or paranoia, have indeed been shown to be alleviated by drugs; this is indisputable. Add the effects of psychedelics or “hallucinogens” to the mix and the argument is significantly bolstered again.

What about the “proofs” that allegedly exist in terms of consciousness surviving death, however? There are certainly scores of credible books today by renowned and respected scientists that offer a great deal of data in this regard, the focus being primarily on what is known as the “Near-Death Experience”. Thanks to modern day resuscitation methods the data in this field of study has grown astronomically in recent decades. The work of Doctors Raymond Moody and Kenneth Ring spring immediately to mind, but it is Doctor Ian Stevenson whose work with children that comes across as most readily convincing, for really young children in possession of knowledge of another life cannot easily be dismissed. A great amount of follow up has gone into research of this nature in an effort to “prove” that the alleged former person really did live in a certain place at a certain time, and that the child does indeed know details that he or she could not have made up out of thin air.

I would contend that these studies do actually qualify as a form of proof that consciousness is not a mere epiphenomenon of brain chemistry, but exists independently of the body and continues to exist even after the demise of the body.

In addition to this, there is, quite possibly, an even more convincing proof that at the very least a form of higher consciousness exists. That proof is based upon documented studies that have been carried out on those diagnosed as having what is known as “savant syndrome”.

Daniel Tammet, for example, is an autistic savant who holds the world record for citing the numerical derivations of pi to 22, 514 decimal places. He spent five hours in this recitation in front of a professional adjudicator and probably only faltered out of sheer weariness. Most of us are lucky to memorize even ten or twenty decimal places re this exercise. How does one carry on for over twenty-two thousand places? If this feat does not leave one thunderstruck, then one must be near death oneself!

How though, we must ask, is such a feat possible without accessing some higher level of consciousness?

Consider the case of Leslie Lemke, a blind savant, who is able to play almost any piano song after a single hearing and initially did so without ever having had so much as a single piano lesson. One night, it seems, he awakened his parents by launching into a perfect rendition of Tchaikovsky’s Piano Concerto No. 1 after having simply heard it for the first time earlier in the day.

Then there is the late Kim Peek. He was the inspiration for the character in the movie Rain Man, starring Dustin Hoffman. Even though he was physically without a corpus collosum to bridge the two hemispheres of his brain and could barely manage basic motor skills when he was alive, he could read a book – any book – in about an hour. His left eye would take in the left page and his right eye the right page at the same time. During the course of his life he is said to have read around 12,000 books, all of which he committed to memory, word for word, sentence for sentence and page for page. The subjects of interest to him included history, literature, geography, sport, mathematics and music. For fun, he would memorize entire telephone books just by passing his gaze over the pages at a rapid clip.

These are but three of the many savants known to possess extraordinary mental skills and capable of a host of fantastic feats, most involving the multiplication of incredibly large numbers. Their correct answers are generally out of the reach of even the most acclaimed professors of mathematics. Even a known “genius” like Albert Einstein was never able to perform feats of this nature, so how could these people (who were once known as “idiot savants”) achieve such ends? Einstein at least had a background in physics and had studied it for years and years before reaching his greatest, most acclaimed achievements, which makes sense, whereas these savants have never previously pursued any academic subject to any higher level prior to achieving their feats. This is utterly inexplicable.

How can they do it? How can they possibly do all of this without recourse to some higher level of consciousness? In my opinion, this is the only way that makes sense and it must involve a form of telepathy that simply comes to them without too much of an effort on their part. While telepathy may sound like something out of the paranormal, millions in fact have reported experiencing this phenomenon on more than one occasion. It involves some currently inexplicable aspect of the mind in which information is quite simply received without recourse to language.

I respectfully leave it to the reader to draw his or her own conclusions as to whether or not savants are living proof of the existence of higher consciousness, but I challenge one and all to come up with a better explanation for how these gentle souls are able to perform their amazing mental feats. After all, most savants are not even able to look after their own most basic survival needs, never mind being capable of pursuing a standard education, making a simple meal or driving a car.

In summary, I will just say that from my perspective life is a great mystery with countless unsolved enigmas that are ceaselessly elusive to any form of conclusive analysis. Consciousness is the most evanescent phenomenon of all. Yet, without it, we would not know ourselves or our world. We would not be able to communicate with one another at any level beyond what animals, aquatic creatures and insects have achieved. We would never be able to question nor answer anything, let alone express appreciation for the life we know and love.

This is why I believe it is consciousness that is fundamental to life, not the atomic, molecular and biological processes that so enthrall our scientists.

In other words, the ideal situation is precisely the one we now happily enjoy.