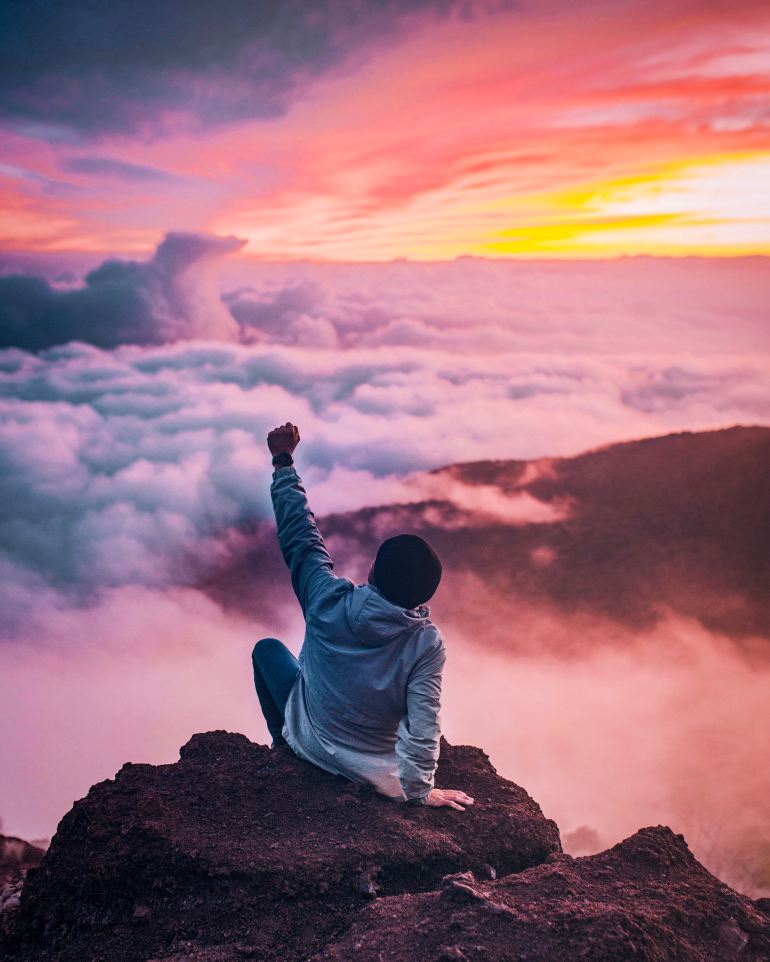 NO MATTER WHERE WE LIVE, no matter what we believe; no matter the pleasures we have taken in this life, nor the pains we have suffered, we humans are now on a path toward a radical metaphysics that is unavoidable.

That is down to one simple fact: climate change is for real.

Superficially, most of us view this as a problem rooted in technology and government regulation.

The deeper, more important aspect of this crisis, however, is mental. It is rooted in humanity’s habitual allegiance to what are considered to be socially acceptable forms of conventional thinking. Being a “good” citizen today means that one subscribes to the notion that government is doing all it can do to combat climate change and that looking at life through the lens of scientific materialism is the only basis for public discourse on the matter.

Yes, the very thinking that has given us the fantastic architectural and electronic wonders that we so love and with which we are so enthralled has also allowed the corporate global elite to dispose of its manufacturing waste in a manner that has proven ruinous to our environment. These are the same people who have plundered the Earth and mined its resources without regard for sustainability.

It is not anarchy we need to turn this around, however. It is thinking that is radically different from that which is simply quite timidly conventional.

To turn our environmental situation around we must significantly alter our way of perceiving our world or millions of us will face a catastrophic end. Of course, we all hope that it’s not we ourselves who get caught up in the boiling heat, the deadly quake, the overpowering tsunami, the tornado, the hurricane and so on, but the fact of the matter is: It could as easily be us as it could be a loved one, a friend or anyone else.

Climate change, therefore, has one necessity: that humanity become proportionately more enlightened as a species than we are now because the vast bulk of us are living lives of what can only be called – to be extremely blunt about it – abject ignorance.

I use the word “ignorance” here in its literal sense. After all, even highly intelligent people “ignore” all sorts of things, not just the reality of climate change. For example, the homeless man or woman on the street is frequently ignored or the lonely, elderly neighbor in the next house. Most of us pour toxins of some nature into our water supply without a second thought or we spray our crops with pesticides to keep the bugs from it. Overall, we humans are intelligent enough to know that we should not allow such things to go on, but we can only do so much, we tell ourselves, and then we turn a blind eye; we ignore the problem because we don’t know what else to do about it.

What each of us can do, though, is become enlightened.

I am not using the word “enlightened” here as referring to some elusive super spiritual state of omniscience. I am simply speaking about doing the compassionate thing when we act. That means causing no harm to oneself or to other people or things, especially the planet we live on.

Enlightenment of any stripe or persuasion, however, never manifests as a group phenomenon. It manifests in a single individual, one at a time.

To achieve an enlightened viewpoint, one simply needs to grow more mindful by the day, more aware of his or her every thought, word and deed, while seeking to cause no harm on any front along the way. No one can be perfect at all times or in every situation, but we must at least make the effort.

Those of us who are optimistic about the human species believe that each and every one of us is already on a path toward enlightenment, whether we know it or not, and that we will all achieve it eventually, if not in this life, then in some future life.

Admittedly, this is a viewpoint rooted in a spirituality that subscribes to the concept of reincarnation.

The hardcore scientific materialist viewpoint believes otherwise, of course. Scientific materialists believe that the universe sprang into being purely by happenstance and that we humans are a random and equally accidental product of that happenstance. In this view, there is no “reason” life began and life has no “meaning”; it just is. Furthermore, we humans will live but a single physical existence and then die, at which point we will disappear into oblivion and that is simply the way it is; end of story.

Therefore, the hardcore scientific materialist has no cause for optimism, save for the possibility that life might be extended via medical advances and forms of bioengineering. The attitude here is that keeping the body alive for as long as possible is the best that can be hoped for in this life and, essentially, all that matters.

Unfortunately, thinking grounded only in scientific materialism is what allows a greedy, selfish corporate executive to ignore rules and regulations meant to safeguard the environment against forms of toxic pollutants. After all, there are no “spiritual” repercussions to worry about in this view. At worst, such a figure might lose a great deal of money in fines to the government for ignoring its rules and regulations, but beyond that the figure need not concern himself. All that counts is making as much money as possible.

This is why it is not the uneducated masses that we need to worry about. They are not the ones causing harm to our earthly environment on a mass scale. It is the highly educated profiteers who are ruining the planet and doing so by ignoring any harm their plants or their products cause the environment.

This is why we need “radical magical thinking”.

“Magical thinking” may seem to be about the hocus-pocus conjuring of objects of a material nature or the bending of others to our particular wants and desires, but at root it is simply about an individual attempting to exert his or her personal will via psychic projection; that is using the mind, the psyche, to get what one wants.

Most scientists will say that “magic” is unreal. They will say that magical thinking is simply wishful thinking. They believe that only physical processes are real. In this paradigm of reality, it is the brain – a physical organ – that gives rise to the mind, to conscious awareness, and not the other way around as the wisdom masters all through history have insisted.

The wisdom masters, in stark contrast, tell us that the mind is not founded on any material substance, but exists independently of the physical universe. Mind manifests through the brain, they say, in order to animate the body and render us conscious so that we can survive and thrive on a physical planet. They tell us that there is a Cosmic Mind or Mind-at-Large of which we are all a part and it is this Great Mind in which all psychospiritual energy is sourced.

The wisdom masters of history have told us that it is at the level of Mind-at-Large that we humans are all connected to each other and to the living energy of the Earth. It is at this level that what goes around, comes around; that what we do to others is what will be done to us. If we cause harm to others, for example, then harm will eventually befall us. This is how karma works. It works at a psychospiritual level.

It follows, therefore, that if one has no belief in Mind-at-Large, in the reality of a psychospiritual dimension, then one will ignore it, for in such thinking Mind-at-Large is simply unreal.

Conversely, if we believe in a psychospiritual dimension, then we can indeed make an effort to influence people and events at this higher level. This is what “magical thinking” is: an attempt to conjure a certain result by exerting one’s will and simply bypassing the way of the material world, which must go from cause to effect directly at all times.

Radical magical thinking goes a quantum leap beyond that. It is about breaking the spell of conventional thinking completely and liberating oneself through a direct perception of Mind-at-Large and thereby discovering at an experiential level that here is the source of one’s “true nature”. In other words, the drop of water realizes that it is oceanic in scope.

To attain such a realization, one must meditate deeply, indeed to the point that one can sense the infinite expanse of energy and information that constitutes Mind-at-Large. When we achieve genuine awareness of this state of expanded consciousness, we discover just how real the psychospiritual dimension actually is.

Mind-at-Large is the “One Mind” that the mystics, yogis and sages have spoken about down through the ages.

Fortunately, there is still time to make amends for the harm we humans have collectively inflicted upon our planet.

Whether the universe sprang into existence by accident or not, we humans are the proof that Nature has an innate sense of love, empathy and compassion. This is what has allowed the wisdom masters of history to discover that to harm others is to harm ourselves and that to harm the Earth is to cause detriment to ourselves.

Ultimately, to harm the environment is to deprive the world’s children of their most basic human right, which is harm of an unspeakable magnitude.

After all, what do children want? They only seek their turn on the wheel, their day in the sun, their chance to experience life in all its enchanting splendor.

They only want a future on a planet that does not threaten their very existence on a catastrophic and ever-more-frequently-occurring basis.

It’s not too much for which to ask.

Urgent action is required, of course, and we all need to do our part, but with a bit of radical magical thinking, guess what?

We can save the world.