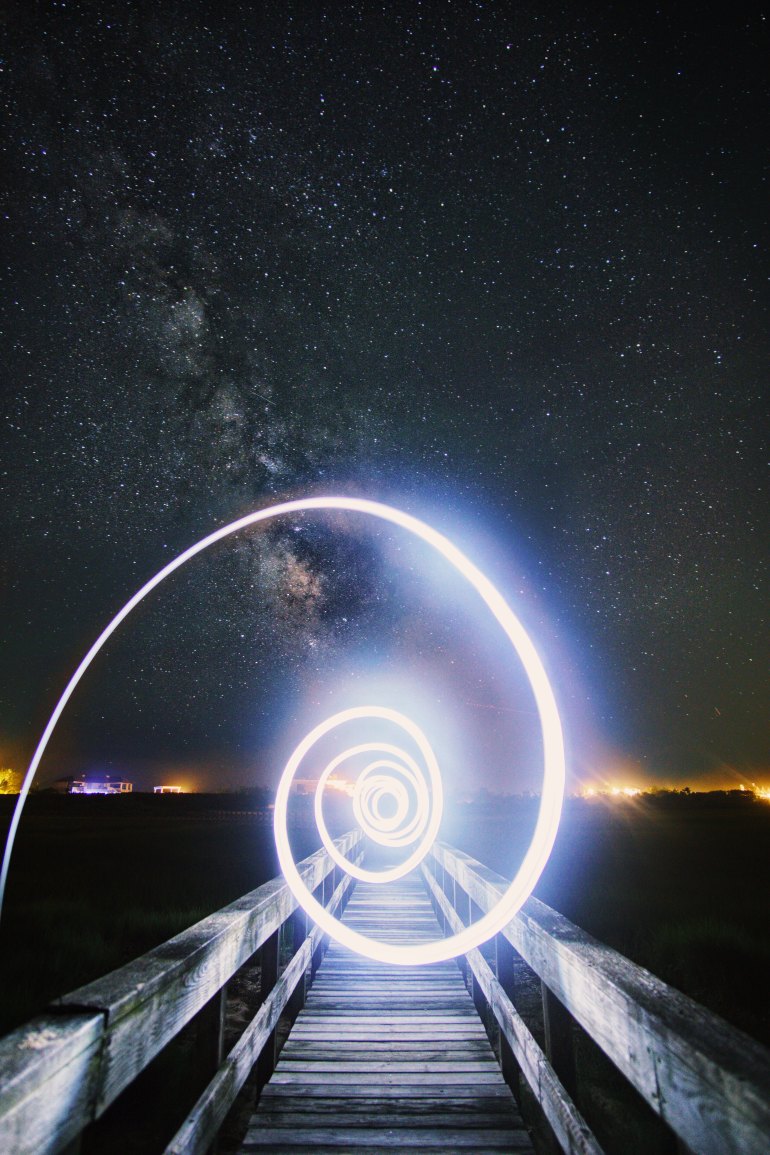 WHEN THE CARNIVAL comes around, people flock to the site for a bit of respite from the daily grind. They ride the loop-the-loops, the tilt-a-whirls, the merry-go-rounds, the roller coasters and the Ferris Wheels. They wander through the haunted houses, make their way across the challenging obstacle courses and roar with laughter at their own images in the Fun House mirrors.

It is pure escapism – for a little while – and then it is back to school, back to the job, back to having one’s shoulder at the wheel.

It is back to the box and into lockdown.

Thinking outside of the box is an inside job, however, and people forget that. If we are creative and clever with our thinking, we can come up with some pretty amazing ways of turning that box into a magic lantern of sorts and seeing things that we had never before imagined while going about our daily lives.

Inventors and entrepreneurs are especially good at thinking outside of the box and coming up with clever and novel ways of making money in ways that are certainly intriguing. Making money, however, should not be the sole criterion for expanding one’s horizons and conjuring things of interest. This is where the old slogan, “Do what you love and the money will follow” comes into play.

The marketplace isn’t the only game in town, though.

The spiritual arena too offers novelty beyond measure if one is intrigued enough to go off chasing chimeras of the mind. One can, of course, travel to other countries to study what is on offer in the spiritual traditions in those countries or just do some serious reading on the various traditions and let the wonder of it play through your mind as the days go along.

The Hindu tradition, for example, has thousands of gods and goddesses. It has an elephant god, a monkey god, a god with a hundred arms. Why? It also has flying giant bird-beings called Garudas and its sacred literature speaks of a race of half human, half reptilian entities known as the Asuras. Are these “beings” for real?

When we look at the Greek and Roman myths from the Pagan tradition, we get every type of being imaginable, including one that is half bull and half human: the minotaur; one that is half goat and half human: the satyr; and the griffin which has the head and wings of an eagle, the body of a lion and the tail of a giant snake. One of the most famous of all the Pagan gods is Pan, who was naked from the waist up, had hairy haunches and legs, and cloven hoofs for feet.

The Egyptians were famous for their gods, as well. Their deities had the attributes of both humans and animals. Thoth, for example, had the head of an ibis on his human-looking body. Horus was hawk-headed and Hathor had horns on her head like that of a cow.

The Chinese, needless to say, had their flying dragons, which everyone is well aware, but what about the Tibetans with their “Wrathful Deities”, some of which had the snarling faces of beasts along with colossal bodies with some pretty savage properties.

What is going on with all of this? Is this just crazy or hallucinatory fabrications on the part of the ancients? Why did they go so far as to enshrine this lunacy – if that is what it was – in their “sacred” writings? Were the animal aspects meant to be purely symbolic of qualities or strengths?

What about the Bible, then? In Isaiah 13:21, “satyrs” are mentioned. In 13:22, the “Good Book” – which is so often interpreted as being the “literal” Word of God – talks about “dragons in their pleasant palaces.”

That’s not all. Isaiah 30:6, mentions “dragons” along with “flying serpents”. Isaiah 34:13 reads, “And thorns shall come up in her palaces, nettles and brambles in the fortresses thereof: and it shall be an habitation of dragons, and a court of owls.” 34:14 states that, “The wild beasts of the desert shall also meet with the wild beasts of the island, and the satyr shall cry to his fellow…” In Isaiah 43:20 we get “dragons” once more.

And, no, we’re not finished. Isaiah 34:7 mentions “unicorns” believe it or not!

Of course, the Revelation of St John talks about God laying “hold on the dragon, old serpent, which is the Devil, and Satan,” and bounding him in a bottomless pit for a thousand years.

As for Ezekiel, he talks about seeing “living creatures” each of whom was standing beside a wheel. “In appearance their form was like a man but each of them had four faces and four wings.” Famously, the creatures with their wheels flew up into the sky, which led a few writers to speculate about whether or not Ezekiel had been looking on extraterrestrials with a spaceship. Ezekiel, however, insisted that his were “visions of God”. In other words, they were God-given visions and not physically real.

Be that as it may… What is going on here? How did these reports end up in humanity’s most prestigious religious writings, in its most highly esteemed and revered of books?

Quite interestingly, the oldest paintings on the face of the Earth are to be found in caves and they too carry scores of images of beings that are half animal and half human in nature. These “creatures” are called therianthropes by paleontologists and are affiliated with shamanism, the earliest of all spiritual traditions.

The tribal shaman was said to be both a healer of physical ailments, as well as a healer of metaphysical afflictions. In other words, he or she was a healer of anything which caused distress. The shaman often used plants as an aid in his or her work. Some of those plants were for helping the patient’s body to heal and some were ingested by the shaman him or herself as an aid in accessing the spirit world. Once there, the shaman would work for the patient’s benefit on the metaphysical plane in order to put an end to whatever was causing the affliction. The cause of the distress was often believed to be that of a malevolent entity of some kind, one of an ethereal nature: deceased humans, ghosts, elementals, demons.

The question is: Are any of these creatures real in a physical sense as, for example, we believe that dinosaurs once existed based on the fossil record or were they purely beings to be met on the metaphysical plane? Or were they simply figures rooted in the hallucinatory realm brought on by the use of psychotropic plants or schizophrenic minds?

Generally, Westerners have no trouble believing that the Hindu tradition is rife with drug-fuelled hallucinations (thanks to the acclaimed “soma” of the gods) and that the Greek and Roman “myths” were pure fantasy tales with no basis in reality (though full of life lessons).

What about Isaiah and Ezekiel, and St John who wrote Revelations? What were these guys smoking? What might they have ingested to have been given such visions or were they “really” revelations from God?

The Judeo-Christian tradition blanches at any suggestion other than the last of these possibilities. The prophets of the Bible, we are assured, were not people who indulged in any “shamanic” activity. They were ordinary, but holy, personages to whom God “bestowed” visions, we are told, or in some instances, an “angel of the Lord” granted the sacred vision. Why?

So that the full scope of God’s glory might be shared with humankind?

Maybe what it was really all about was dreams. After all, dreams are explicitly mentioned in the world’s sacred book as being a direct channel to, or from, God or the gods.

There is an excellent argument to be made that it is the “third eye” – the pineal gland – that allows we humans to see what appears to us, unbidden, in the night.

Thinking about the pineal gland, I am reminded of a rock band called Third Eye Blind, a name I find exceptionally clever. It’s a name that strikes a humorous, ironic tone in my mind, and always gives me pause to think. That thought is, Am I third eye blind?

It’s a good question to ask oneself, for I suspect that there are millions upon millions of us to whom this situation does apply. I don’t mean that in any unkind way, but we all have pineal glands, we all dream, so why turn a blind eye to the third eye, so to speak, and simply ignore it? In my opinion, it is foolish to close one’s mind to the visionary potential of this organ.

Millions do that, I suspect, because they fear to think outside of convention, outside of the cultural box that so surrounds them, not with walls, but with invisible boundaries beyond which there may be creatures that might frighten the life out of them or cause their carefully crafted world-view to be blown to smithereens.

What is “out there” beyond those invisible boundaries? What is beyond the comfort zone we so enjoy, beyond the average, ordinary mind-set?

It makes one wonder.

It can make one wonder a lot, maybe even enough to consider that a carnival or a fun fair is not nearly as entrancing as the metaphorical firewheel of spiritual wonder.

To my way of thinking, the ordinary, conventional, mundane viewpoint is the lesser wonder when pitted against the curious possibilities of life’s visionary phenomena and what might possibly be experienced in other dimensions, whether in this life or the “afterlife”.

Either way, though, to my way of thinking, wonder itself is the greatest of all the God-given gifts.