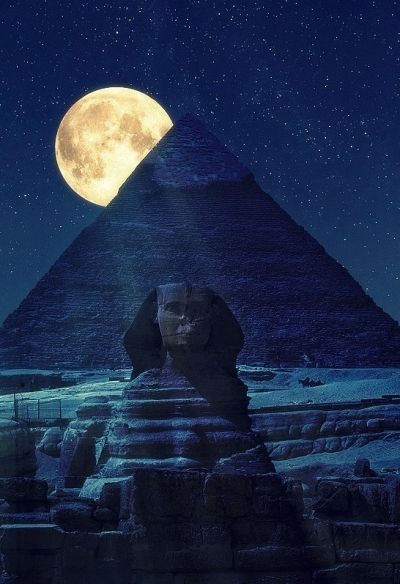 IN THE BEGINNING was the Word and the Word was with us. It slipped from its dark chrysalis of mystery like no other thing in history. The Word is what makes us or breaks us. It is what enslaves us or frees us. It is what defines us.

So we think… So we tell ourselves. So the Word would have us believe.

What is anyone to believe, however, when we consider how the human species has acted over the course of the last few millenniums? Namely: abominably…

The “Age of Pisces” came and went with a haunting and horrific crucifixion, with an innumerable series of murderous, rampaging conflicts and crusades, countless “holy wars” and pogroms, a torturous Inquisition, burnings at the stake, rampant political upheaval, revolution by the blade and gun, multiple cases of genocide and, finally, all-out war on a scale so immense, deadly and explosive that only the blowing of two atomic bombs at Hiroshima and Nagasaki could finally bring the Age to a shuddering close.

What now for the shell-shocked ranks of humanity in the raw “Aquarian” dawn after all of that?

This is a big question, of course, and we must ask: Is the worst of it even over? It hardly seems so when we read the daily paper or listen to newscasts on television, or pursue reports over the internet. What we see and hear are endless tales of betrayal, murder, torture and war; tales of greed, thievery and scandal occurring at every level of society, including corruption at the top and preventable starvation at the bottom.

It would appear that the acid vat of history is nothing more than a seething, roiling cauldron of lives in turmoil… A fetid, flesh-eating brew as dark as the dead of night, a potion so potent and powerful that, time and again, it boils over and scalds absolutely everything in its path as it streams outward in every direction as if to inundate all and consume all.

Only wait a second…

The events known as “history” aren’t only about the harrowing and the horrific. They aren’t only about war and death, barbaric behavior, destruction, disease and disaster. They are simultaneously – almost miraculously – brimming over with the sweet smell of wondrous things too: love, laughter, kindness, compassion, charity and friendship, as well as the magnificent and moving creations that are to be found in the arts and architecture of human culture, in our staggering scientific, medical and technological advancements, our democratic values, our near-universal desire by peoples across the globe to live together in peace and celebrate existence in virtually any and every way that we possibly can – which we are free to do if we live in an open society.

So, yes, the acid vat of history is a troubling and tumultuous brew certainly, but within it, in colorful serpentine streaks amid the murky, viscous sludge of the churning waters of the cauldron, swirl nothing less than the metaphorical elixirs of the gods…

Or if one prefers, we might call these amazing streams God’s luminous liquid undercurrents. Or maybe we should just call them the rippling cream of humanity’s purest essence bubbling up to the surface like the finest of alchemical distillations, like the most perfect blend imaginable of the higher human values that are known to us.

To employ a certain meteorological phrase, we might say that the acid vat of history is enveloped in a “polar vortex,” a great agitated mix of polarities – the light and the dark, the rational and the irrational, the right and the wrong, the comedic and the tragic, the true and the false, the sacred and the profane, the good and the evil, and so on… The list could continue unto infinity, I suspect. It could go on and on until time itself slips into the timeless, until the very space-time continuum gives up the ghost.

Which brings us to the ultimate duality: the real and the unreal… Or what we humans experience as “reality” versus what may indeed be a very complex illusion.

This is the great enigma at the heart of human existence and, yes, one may seek its answer in a highly academic, physics-based, philosophical or theological manner, or just speak intelligently about it in everyday terms.

For example, it doesn’t matter if we are “really” in an “Age of Aquarius” now or not. Calendric time is a human invention devised by our specie’s earliest astronomers. All around the world, cast in megalithic stone edifices, the seasons, years and eons have been marked and noted with ever refined mathematical precision. Even so, there is still no way to know in absolute terms what “Age” it is. That doesn’t mean, however, that the “spirit” of the times cannot be given an evolutionary nod and humanity’s higher ideals brought to wider consensus. After all, diversity is the way of the world and perception is always down to the individual. Therefore, the Aquarian notion of a “New Age” where enlightened thinking prevails over nationalism, racism, prejudice, bigotry and so on is a choice that we can all make within ourselves.

In short, if in the beginning was the Word and the Word subsequently defined us as a species, then we can use the Word to redefine ourselves and turn the world to its higher ideals by choice.

In the ancient times, one had to fight hard just to survive. One needed one’s tribe. Nowadays, millions of us are part of a global culture and, thanks to the evolutionary advances that we enjoy, we can redefine ourselves as citizens of the world and promote “Aquarian” ideals if we choose. After all, the fight now is to save the planet for the sake of our children and the future progeny yet to be born onto this fantastic planet.

The questions then are simple enough for us: Are we still medieval in our spirituality or are we well on our way to creating a twenty-first century version of spirituality that acknowledges human equality regardless of race, religion, nationality or predilections at a personal level? Will we collectively save the planet from destruction and give our children a better, less polluted, world or not? Will we fight to turn the tide on catastrophic climate change or turn our backs on our loved ones for the sake of the fleeting economic and material rewards that we can gain in the short term?

Everything rides on the answers we give and the actions that we take as a species.

One thing is sure… We humans, at an individual level, stake our “souls” on how we answer these very questions.