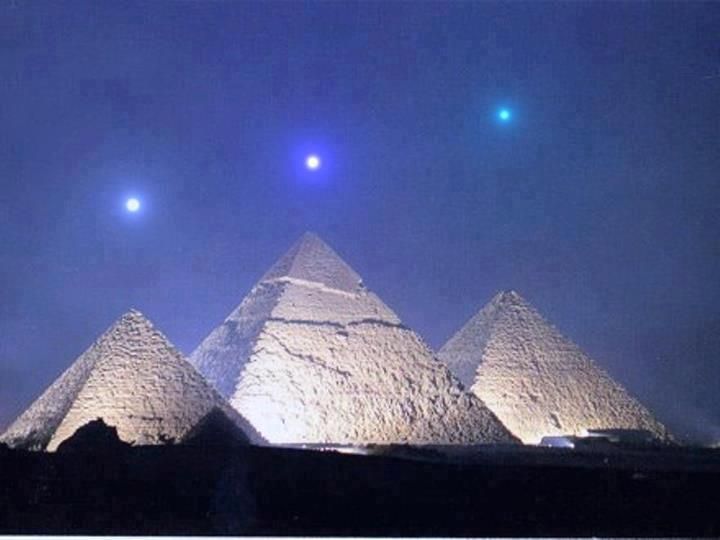 THE ORBIT OF THE EARTH as it circles about the Sun on its yearly journey at 66,600 mph traces out an ellipse, as well as a spiral. The spiral movement is the result of the entire solar system racing through space at a speed that truly staggers the imagination.

So huge is the Milky Way Galaxy that 225 million years are required for our solar system to make a single rotation about it and that is by traveling at 514,000 mph through space! This phenomenally extended voyage is known as a Galactic Year.

As the solar system and the Earth move against the backdrop of stars that surrounds it, another motion is traced out. It is a flight that takes roughly 25,800 – 25, 920 years. This is a trip through what is called the ecliptic. This orbit is known as a Great, or Platonic, Year and, while traversing it, we Earthlings are cycling through what we call the twelve signs of the Zodiac.

Dividing the Platonic Year by twelve, we get an average of 2160 years, which is how long it takes for the Earth to roughly pass through any particular sign of the Zodiac. There is some question at present as to whether or not we have yet moved on from the Age of Pisces and entered, fully and completely, into the Age of Aquarius. Some astrologers say yes, others say no. If not, there is certainly less than a century before we do enter into it fully.

Mark Booth in The Secret History of the World says that in the olden times, “The night sky was a living history, because the heavenly bodies were seen as the material bodies of spiritual beings or gods. The ancients believed that they had the ability to communicate with these beings and felt their influence.”

Mercury, Venus, Mars, Saturn, Jupiter, Neptune, Uranus, these were living beings, not huge conglomerations of gases and matter. The Earth herself was known as Gaia. She was humanity’s mother and was revered right around the globe by many names.

It was believed in olden days that these celestial “gods” were powerful and affected all of life upon our planet. At times, when one particular god reigned over the others, a period of tranquility or war could result, depending upon whether or not that god promoted harmony in the world or discord.

If the gods themselves happened to be at war with one another, there could be absolute chaos unleashed in the heavens. Such chaos could wreak havoc on our planet as well.

We now know that the various planets in our solar system have a gravitational effect on each other and that, depending on their relative position to one another, the planets can have an effect on the electromagnetic field all about us. We, as electromagnetic beings in our own right, can feel this effect or, at the very least, have our moods altered by this activity.

The most obvious example of this effect is via the power and influence of the Moon on our bodies. Not only does the Moon effect our oceanic tides, but even the water in our bodies are affected by these lunar orbits.

We humans are far more influenced by “cosmic forces” than we realize. This is especially true in the realm of the mind, for thought, inasmuch as it interacts with the brain, is also an electromagnetic, as well as a chemical, phenomenon.

More powerful, by far, than either the Moon or the planets is the Sun. Which is why the Sun-god was always the ultimate Supreme Being. Whether that god’s name was Atum, Ra, Helios, Sol, Apollo, Ahura Mazda or some other name, this god was the central focus of humanity for very obvious reasons. The life-giving rays of the Sun were indispensable to the growth and sustenance of the animal and vegetable kingdoms. Even the soil itself came from star bodies like the Sun to give us our vital minerals and elements.

Without the Sun, and without a cosmos filled with such suns, we humans would not exist. Without star power – the gods – there would be nothing.

And so the universe turns… It revolves in what we can only imagine is a “void” and we are the eyes that witness that revolution. The very word universe itself means “one turn”, essentially one unified “thing”, the many in the one, all things turning together, forever and anon.

To fully comprehend the interconnectedness of all things and to fully fathom how each and every living thing has an effect on every other living thing in the whole of existence is crucial to gaining a higher perspective on the human condition. As the Wisdom Master, Gungtang, says, “If you understand interdependence you understand ultimate reality. If not, then you don’t.”

Jung called the “gods” archetypal forces and wrote at length about how these forces shape the human psyche. He believed that the archetypes are inherent forces that drive human behavior and compel people to act in certain ways. While every person is “constellated” with these inherent forces, certain archetypes are clearly more dominant within each of us than others. To be an indomitable warrior, a formidable leader, a fantastic mother, a prodigious intellectual, a great healer or to have any other “natural born” talent is said to be down to these forces.

We humans, however, are not mere puppets. We have free will and even though we are driven to act in a certain way, our proclivities do not ultimately determine how the archetypes will play out for us. A warrior, for example, can act for good or evil. He or she can defend life or take life. A formidable leader, likewise, can persuade people to act for the greater good or whip up the masses into a frenzy of fear and hatred, and talk followers into marching off to war.

History is the legacy of how humanity has used its inherent proclivities in conjunction with free will for good or ill.

Sometimes, of course, the freedom to choose has been denied the masses, but where true liberty exists, “freedom” refers to what we might call “sovereignty of the soul”.

Actually, humanity itself may be little different in a physical sense than it is now. For paleontologists tell us that the human body has been pretty much the same for tens of thousands, if not hundreds of thousands, of years, in fact.

What will change is the technology, the architecture that surrounds humanity, the human lifestyle and the way we perceive and fathom life.

What will we believe when we reach that future? Will we still be making war and murdering one another, or might we actually be more spiritually advanced than we are now?

In my first two novels, The Dream Illuminati and The Illuminati of Immortality (New Falcon Publications, 1988 and 1990), I wrote of a fictional band of savvy operators who were the first in history to have access to personal jet-packs. These people began using the devices as an evolutionary upgrade for themselves. They believed that humanity should evolve spiritually at least as much as it was evolving in the field of technology. The goal, then, was to utilize the new technology as a modern update on what the ancients called, “sacred science”.

In other words, there was a concerted effort to use the jet-packs as consciousness raising devices, instead of just for fun and thrills. As a result, the members of the organization began buying up old churches and cathedrals, and holding elaborate flying rituals inside of them. They tied in these rituals to the innate archetypal drive of humanity to live its dreams of flying and to make its members aware of how every religion on Earth had offered symbols of flight as part and parcel of their essential spiritual message (wings being the most common among such symbols).

The reason for the dreams of flying is down to a certain universal truth: Humanity inhabits two worlds at once. The physical and the metaphysical. We all know about the physical body; how it is sourced in the quantum and atomic domains and how it is sustained. What operates at a far more sublime level is the metaphysical body, which is energetic in nature and may be sourced in a subquantum realm that at present we are not able to measure.

According to yogis, mystics and metaphysicians the “energy body” constitutes the real person we are and it can exist independently of any physical structure. Thus, we can have out-of-body experiences and can even sojourn into other dimensions and realms during states of deep meditation and dream, or while under the sway of psychoactive, shamanic substances and especially at death; i.e. upon our exit from our material body with its five senses.

Visionary flights are much more than merely symbolic. Yes, they “point” to a higher reality, which is what symbols do, but it is not enough for us to leave it at that. The yogis, mystics and metaphysicians exhort us to act, to “take wing” while still inhabiting our physical bodies.

To do so, it is possible, we are told, to experience a “sublime” light while on such a sojourn. That light is said to be so overwhelming and of such a fantastic magnitude that this effulgence is usually believed to be “God”, in person, so to speak, or at least a highly evolved spiritual being. To “see the light” in this way, by all accounts, is a life-changing experience.

After one has had such an experience, one is said to be “illuminated” or, as I poetically put it all those years ago, one has become one of the “true Illuminati”.

The “true Illuminati”, I argued, are not members of some wealthy, elitist group of individuals who, as rumor has it, covertly run the world from behind the scenes. Any elitist, power-mongering group of individuals that plays one nation off against another, fomenting war, purely to sell armaments, while – at the same time – stealing the lion’s share of the world’s natural resources, cannot possibly be “truly” illuminated. Not if they allow their fellow human beings to butcher one another, not if they knowingly and consciously permit poverty and mass starvation, not if they allow the Earth to become a polluted, depleted shadow of itself, all for greed, all for their own selfish ends, all to make a few heartless souls the dark kings of the Earth. These are, therefore, false “Illuminati”, using the name in a devious manner as a form of disinformation in order to fool the “masses” into thinking that the “elites” of the world are worthy of their almost unfathomably disproportionate level of ownership of property and resources.

In short, those who are truly illuminated always treat the welfare of others as a paramount concern, for they know how precious life is, no matter what any particular person has or may or may not have accomplished in this world.

The truly illuminated soul dreams big. He or she helps others at every opportunity and understands that “Time” is not running out.

What “Time” is doing is eternally flying away with us!